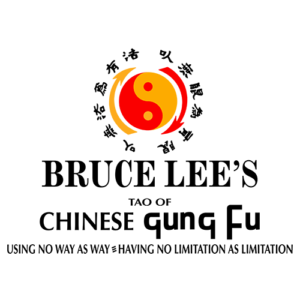 Jun Fan Gung Fu, named after and developed by Bruce Lee is a progressive fighting system which contains series and well-defined techniques, which can be learned and taught.

The Jun Fan Gung Fu is a ‘style’ based on Wing Chun and heavily modified by Lee Jun Fan (Bruce Lee) and which include elements from other Kung Fu systems such as Choy Li Fut for example, but also Western fighting arts, such as English boxing or fencing. The martial arts elements of Lee Jun Fan are:
- Wing Chun (Lee Jun Fan method)
- Jun Fan Gung Fu with all hands and trapping techniques
- Jun Fan Western Boxing
- Jun Fan Kick Boxing with the use of knees and elbows
- Jun Fan Chin Na (Wrestling with keys, chokes, projections, falls, sweeps, ground fight etc ...).
- The Jun Fan Weapons (which include the spear, the 3 sections staff, the long staff). This part of the program was currently being developed by Bruce Lee prior to his passing.

The Jun Fan Gung Fu has a program, therefore there are techniques that are classified, cataloged, listed in a progressive way, and will eventually constitute the foundations of Jeet Kune Do. The Jun Fan Gung Fu also has series in both the wooden dummy (mook jong) and progressive series of defenses against this or that attack, and even sequences of kicks that, for some may look like kata (see chapter 8 in my Jeet Kune Do book).

While each of the elements that make up the Jun Fan can be practiced separately, they are nevertheless part of a whole. The student must become familiar with each of them, and be able to make the connection between these different components and that in any situation.
The Jun Fan is a system, a progression of methods, a vehicle to find what works for you.