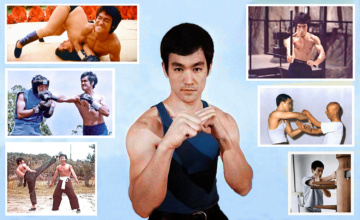 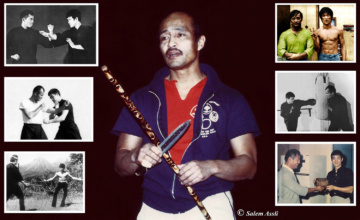 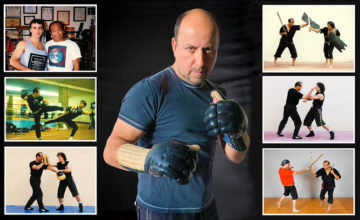 When Bruce Lee came from Seattle to Los Angeles in 1964 to demonstrate Jun Fan Gung Fu at the Long Beach tournament, it was Dan Inosanto that Ed Parker assigned responsibility for taking care of Bruce throughout his stay. The meeting was a blessing for both men.

The success soon followed, Bruce was in demand everywhere to demonstrate his art, and it is Dan Inosanto that he will choose as a partner. While waiting for the production of the Green Hornet, Bruce had plenty of time to train for himself and train the one who will be his assistant and his student who will honor him the most. Therefore when Bruce once again needed someone to play his opponent in one of the Green Hornet episodes, it is all naturally that he chose Dan Inosanto. Since everything seems to take shape in Southern California, Bruce decided to move to Los Angeles.

Dan Inosanto became Bruce Lee’s friend, confident and assistant. In a 1989 issue of the now defunct ‘Inside Kung Fu Magazine’, Dan Inosanto in an article entitled ‘Inosanto Sets the Record Straight’ presented to the public the “Complete Jeet Kune Do Family Tree” along with the three certificates given to him by Bruce Lee himself. These certificates were the result of three major period of time in the evolution of Bruce Lee’s fighting methods. The first one is Jun Fan Gung Fu, comprised of different Chinese Gung Fu systems and Jun Fan Kickboxing as the core. The second one is the Tao of Chinese Gung Fu comprised of different Chinese systems with Western boxing, and Wing Chun and Northern Chinese boxing as the core of the curriculum, and finally a 3rd rank in Jeet Kune Do for being trained personally by Bruce Lee.  Inosanto was the only man rewarded a 3rd rank in JKD and according to Bruce Lee, necessary to teach Jeet Kune Do. At the time of Bruce’s death, Inosanto was the man who had spent the longest and most recent period of time with Bruce Lee in the development and refinement of the art of Jeet Kune Do. With Lee’s passing, Inosanto became the senior spokesman and authority not only on the physical expression of the art, but also on the underlying philosophy and its application to many of life’s pursuits. To this day, Inosanto has undertaken to continue Bruce’s teachings at the Academy he has established in Marina Del Rey in California as well as several other arts among them the Filipino martial arts.

On November 1983, at the invitation of Dan Inosanto, Salem Assli who was then in his early 20’s moved from France to Los Angeles to study directly under him. In 1986 he received his first teaching certificates in both Jun Fan Jeet Kune Do and Filipino martial arts, then 2 years later he became an associate-instructor. Today as a Full Instructor, when he is not busy traveling to teach JKD, Kali or Savate, Salem Assli who lives in Los Angeles, still train with Sifu/Guro Dan Inosanto at the Inosanto Academy in Marina Del Rey California.